BLAKDENIM is a vanguard live hip-hop act that infuses hip-hop, funk, rock and soul with lyrical content that ranges from the serious to the absurd, the tone from sweet to heavy, all connected by head- nodding melodies. The line- up includes drums, bass guitar, piano, 2 trumpets, saxophone, a female vocalist and an emcee. With a style that defies genre expectations, they have been compared to the likes of The Roots, The Fugees, Rage Against the Machine and even Earth Wind and Fire. The band has created serious buzz from live appearances at venues big and small including Ottawa Bluesfest (three times), Quebec City’s Festival d’été, The Montreal Jazz fest, The Burlington Jazzfest and The NAC. The band won’t be slowing down in 2020, with the release of their third project "Usual Suspects: Season III", which features Hip-Hop legend DMC (from RUN-DMC). Stay tuned and catch this band on the way up! 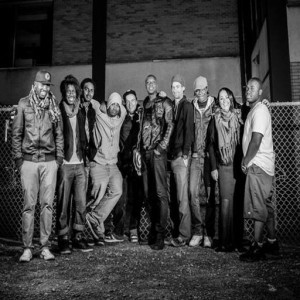