Egrets on Ergot is an experimental post-punk band whose sound has been described as spanning from moody deathrock to funky, pseudo no wave with a little industrial clamor. They have two eps, and an lp to date and have ventured on five regional North American tours including SxSW 2018, Punk Rock Bowling 2019, and five years at Echo Park Rising in LA. The band has enjoyed playing a live set on KXLU and opening for such acts as Lydia Lunch, The Weirdos, Keith Morris, Prettiest Eyes, Algiers, Killing Joke, The Coathangers, Death Valley Girls, My Life With The Thrill Kill Kult, Shame (UK), Vowws, Descartes A Kant, Gitane Demone, 45 Grave, and Todd Rundgren. Egrets On Ergot persist with pushing the boundaries with their brew of dark dance, punk chaos, psychedelia, as they release a new album in 2020 and plan for their first tour of Europe. 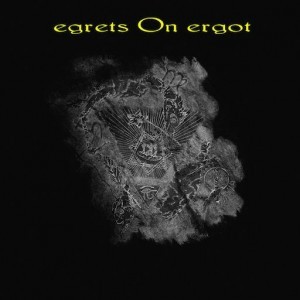