Born Enrique Jesus Hernandez, III in Spanish Harlem in 1987 to teen parents and raised by his single mother, Enrique was destined to be spectacular.

He entered a world, running on love and hard work, which inspired insanity amongst young artists around him. In his early childhood, Enrique was conditioned by his mother’s expression of pop-culture and the subculture of the 90’s in Greenwich Village NYC. Always feeling “different”, Enrique became an observer and seeker for comfort in his mind and amongst the people around him.

Enrique’s desire to entertain and to be loved for his art was clear to his single mother from a very young age. There was an innocence in his expressive eyes, vulnerable darkness in his paintings and the essence of raw intrigue in his poetry.  Enrique’s visceral expressionism has always been graced with honest accounts and experiences without opinion or justice. How he processed information from a very young age was that of an old soul: wise and tempered. His patience results in the unleashing of very concise performance pieces that reaffirm the truth: within the mind of Enrique there is constant gardening of experiences to be ripened for an audience willing to travel beyond their own mind's eye.

_HUNGER CITY], Enrique’s most current endeavor of performance art, is a concept EP designed to bring awareness and promote solution based discussions regarding domestic abuse and violence. Although _HUNGER CITY] is a story of difficult circumstance, emotional bruising and harmful lockdown; it is also a true example of freedom, self discovery and soul empowerment. 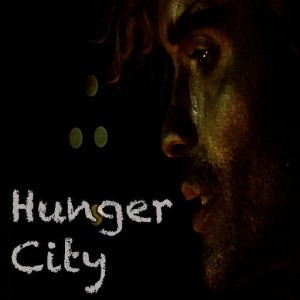