Liz began her music career when she was 10 years old. Commercial, print, and broadway work were bringing her in and out of Manhattan for auditions, as well as vocal, acting, and dance classes. She began performing with a rock band at age 14 to gain “live” experience while being shopped to major record labels in NY, LA and TN. Liz wrote her first record at age 16 in New Jersey with producer Jon Degrassio and the single from that EP received airplay on national stations.

In 2010 Liz moved to Los Angeles continuing her musical pursuit. She trained herself to play guitar and piano and wrote “Self Titled”  Liz Wood. She connected with producer Evan Brass who would become her biggest musical mentor to date. After her first record “Self Titled”, Liz worked with friend/guitarist/producer Nick Annis, recording “Into My Own”  which garnered success with the single “Ruin”. Brass then produced Liz Wood’s “Small Voices” (2014). This album saw worldwide press for Liz, as she appeared on Balcony TV, several music blogs, and “up and coming” features.

Since moving from Los Angeles to Austin, TX, Wood has focused even more on writing, leading to recording a soulful country side project, Odas & Louise.

Performing on the regular, Liz continues to create and share her songs. She has a newly-written full record that is studio ready, aiming for sometime in 2016. 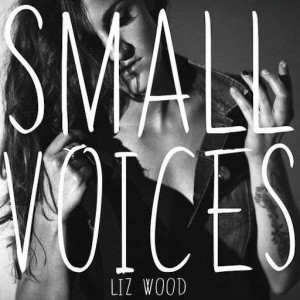