Singer, songwriter Nate Hess has created an identity playing under the name Bad & The Ugly. Heavily influenced by artists like Vetiver and City and Colour but with a unique twist of dark acoustic overtones within his music. With haunting harmonies and honest lyrics, Bad & The Ugly has been picking up momentum with two self released EP's Skin and Bones and Slept in the Pages. Opening for artists like Kevin Devine, Danny Black of Good Old War and Lady Lamb selling thousands of physical/digital copies and receiving national/international terrestrial radio play. Nate is no stranger to the musician lifestyle as he toured the US numerous times including the popular Vans Warped Tour as drummer/singer for the hardcore band A Shattered Hope facebook.com/ashatteredhope.

Hess isn’t the first post-hardcore musician to evolve into a haunted folk-singer, but songs like My Empty Ghost show that he is capable of serving up a static mood unlike his local peers. Snake bite string bends glide along and push forward on both records, but it’s the space between the sullen notes that echo through a visual canyon that becomes more vivid with each listen. By keeping his toes out of the all-too-familiar San Diego surfer folk/rock pool, the songs sounds like they just blew in with the wind – from nowhere in particular. Facebook.com/badandtheugly 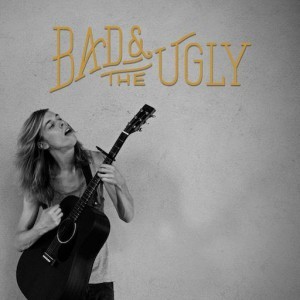 Bad And The Ugly